Letitia Reed is an unremarkable woman in many aspects. Meek and mild, she prefers to keep her head down, and fears drawing undue attention to herself. As a governess to the wealthy Mortimer family, Letitia devotes her humdrum days in London to the schooling of her pupil, Clara, to better mould her into the image of an ideal lady.

Lurking beneath Letitia’s placid mannerisms, however, lay desires so intense they begin to unnerve her. As Clara matures, Letitia finds her feelings towards her maturing too – until, in the end, she can no longer bear it.

Driven to distraction by Clara’s sensuous brown eyes and her sweet, seraphic laughter, Letitia soon begins to question her sanity. Fearful that, eventually, something within her might snap, and she will do something she regrets, Letitia is bidden to leave her former place of employment, and to seek out work elsewhere.

Fortunately, Letitia soon discovers, in the pages of The Morning Post, a job offer which will grant her a means to escape her predicament. The Langley family are searching for a governess for their daughter, the unruly Genevieve – and, best of all, the family resides in the isolated Yorkshire moors, which seems as far away from London as it is possible to get.

Upon reading this advertisement, Letitia soon decides to hand in her notice. She will travel to Yorkshire, become Genevieve’s governess, and then – God willing – she will be able to forget about Clara.

Such was Letitia’s plan – but this plan, alas, soon goes horribly awry. Genevieve is not quite so young as Letitia first believed, and is, instead, a grown woman: already eighteen years of age. Genevieve is wilful and impetuous, but impossibly charming, and Letitia soon falls for her.

As time passes, the two women get far closer than a governess and her pupil ought, and then…

Note: The adult patch can be downloaded (for free) on its own here, if you can't access the adult patch on Steam for whatever reason.
Drop the adult.rpa in Salome's 'game folder, overwriting the prexisting adult.rpa file, and you're good to go!

I recently read this short story and I want to say that this is one of the few works that I at the same time love and hate. I have a certain weakness for Yuri, because from Eroge-tupe novels, in Yuri we can see best relation's development. It is the most pleasant to read, thanks to a good style of writing, a good story, beautiful graphics and music. Aesthetically somehow.

Reading the "Salome's Kiss", I just fell in love. A rather pleasant drawing style thanks to the artist working on "Night Cascades". At first, I even thought that the same author, because in the cascades we have Diana, here is Dina. Their characters and look are similar. "Salome's Kiss" have a  pleasant music, I especially like the track "Working Together". Unrealistically attractive externally and by the nature of Genevieve, all the characters from the point of view of the character development and charisma - are simply beautiful (with the exception of the townspeople, but that was the author’s idea). It seemed to me that this is another simple and pleasant short story about forbidden female love, with a defective plot without any twists. But what I saw in the ending - killed all pleasant emotions from 10 hours of passage. 5 minutes killed 10 hours... 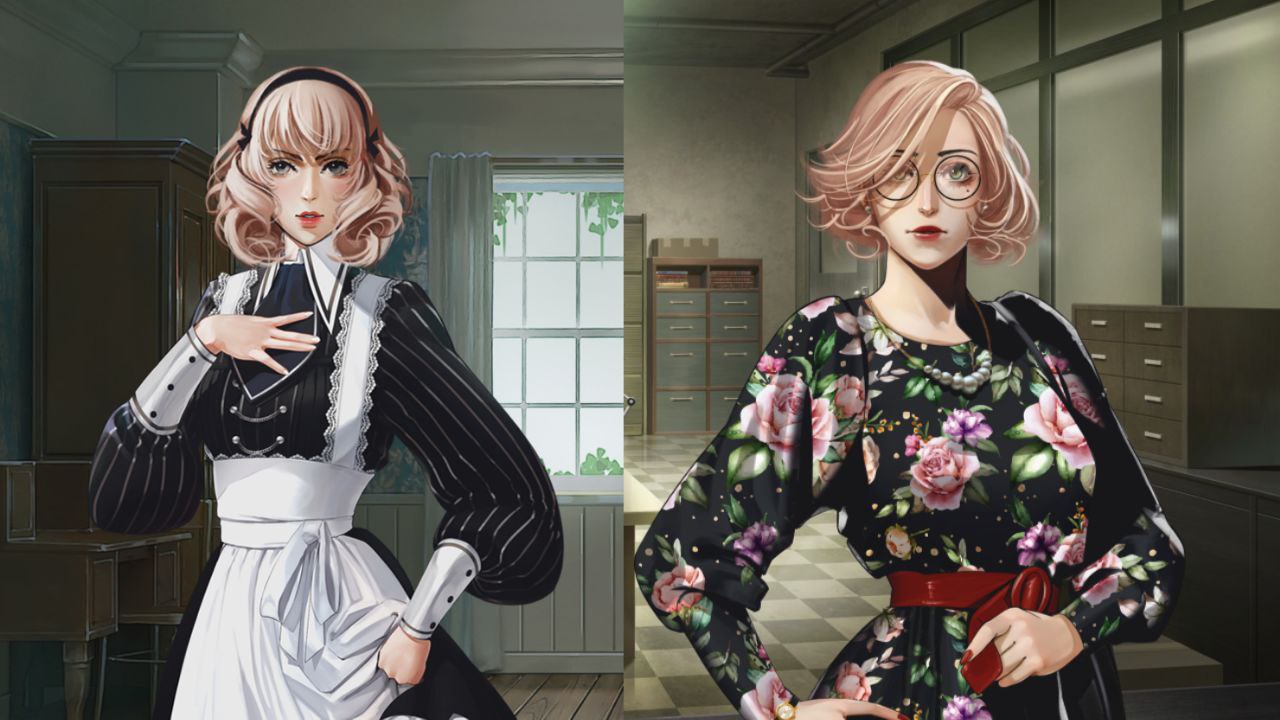 I read the afterword from author, i saw your opinion and thoughts, but you were very mistaken in building this kind of plot. Have you watched the "Shutter Island"? There, too, at first they tell one story, hint at something, and in the end it turns out that the story is completely different. You are reviewing the film, notice all the details that you did not notice or did not give attention and already enjoy not the result of deception of you as a spectator, but a process of deception. And there is no negativity, because it's you did not notice all the details and did not understand anything. They were under the nose and surprise from the twist - the guilt of the viewer. That's why this is a wonderful movie.

"Salome's Kiss" also had many hints to the ending, but the key difference from the film described above, was their failure. We were hinted many times at the two-faced Genevieve, the decency of Arthur, etc. But all these hints are immediately justified by the author, or by characters.

One of the indicative examples: Genevieve blaming on Abigail and this makes a sharp contrast between her usual pretty and cruel b**** in this situation. But immediately we see an excuses from Genevieve  and Letitia, and Abigail’s answer in the style of the text and filling, directly shouts that: "yes, Arthur really like me, and he called me to himself to pass the time." That is, two hints that Arthur is decent, and Genevieve is not the same as she wants to seem -  immediately broken by the wall of logical excuses and an intentionally suspicious answer of Abigail. And such logical excuses are everywhere, in every suspicious words or situations.

Reading the ending, seeing caricature style of this ending was very...strange. I did not believe that this was not a dream of Letitia, I thought that everything would be fine now, but alas ...

The ending killed a game for me. And yes, I love bad ends, but writing a plot with such a strong final twist that cannot be guessed due to the instant excuses of the author of any suspicious behavior of characters - is a terrible mistake, that kills such kind of stories.

Moreover, okay, you can still skip hints to Genevieve, she is a very good actress, but Dina... After supposedly rape, she fell ill, in a dialogue with Letitia her behavior is incredibly natural for the victims of violence, and in the future there is no suspicion about her. But she is just an ordinary girl, obsessed with love, where she took such skills of deception and acting? I'm sorry, Ebi, but I can recommend this good story only on condition, that the reader will not read the ending.

I was going to leave a review along the lines of "Sarah Waters' Affinity but even gayer" ... and then I read the postscript.  Fantastic stuff.

Thank you very much! I don't think Salome is as gay as Tipping the Velvet, though. Sarah Waters has me beat there!

I definitely loved the technical aspect of it: the art, the music and the interface were all beautifully done. I like to read at some distance from the screen and the font was easy on the eyes even without accessibility options (adding those in your future work would be a great thing though).

The writing was top-notch as well. Not only did it bring a smile upon my face as I reminisced about the classics read in college, but also I found it engaging enough to warrant an 8-hour session and a case of slight tiredness at work in the morning.

Now, the ending. Yes, I knew what I was signing up for and decided to do it despite my aversion to unhappy endings. Yet, I do have one complaint - SPOILERS BELOW.

I think the final chapter should be about the main protagonist. At that point it's obvious what has happened and what kind of relationship the other characters have, and the exposition felt redundant and tacked-on to me. I'd rather follow Letitia to the bitter end and found out about her thoughts, no matter how depressing it may be to read.

Thank you very much! I'm glad you enjoyed the story: the technical aspects, at least. I think the various artists and the composers did a really great job; I'm very happy with how everything came together!

As for the writing, I think it's technically more polished and probably better paced than some of my older stuff (including Blackberry), but given the nature of the ending, it might feel a bit more unsatisfying. I wanted to end the story on more of a shocking note, though, which is why I didn't revisit Letty and her thought processes after the big reveal. I understand wanting a bit more to the ending, though.

Speaking of the technical aspect: is there any chance for the OST to be released as a DLC? It's really good and I'd love to buy it separately.

I'll ask the composer what they think about that and get back to you!

Hi! I just bought your game and realized the game isn't available for Mac. I don't have the right platform to play this game so is it possible to get a refund? Or will you eventually release a version for Mac?

Your game looked right up my alley so I just bought the game without thinking. ^^;

I didn't add a Mac build for Salome, even though Ren'py can export Mac builds, because I don't think Ren'py supports all Mac OSes, and trying to troubleshoot issues would be a bit of a pain on my end.
That being said, if you email me at ebihimes@gmail.com, I can whip up a Mac build in Ren'py for Salome real quick and send it over to you. You can see if it runs on your OS or not, and if it doesn't, you can request a refund from itchio.

I understand.  I will send you an email so we can try it out. ^^

Thank you for your help!

The art is pretty good 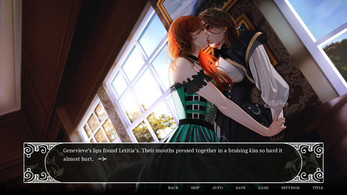 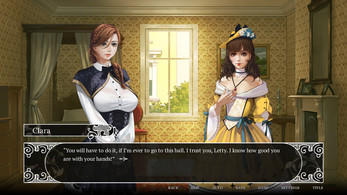 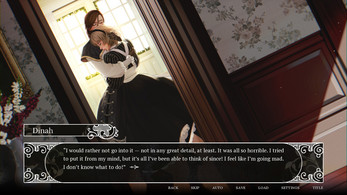 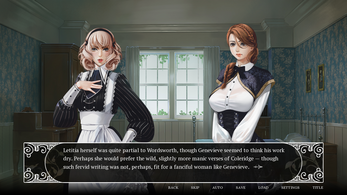 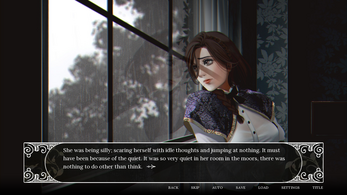 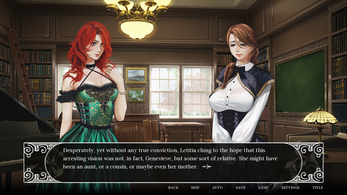 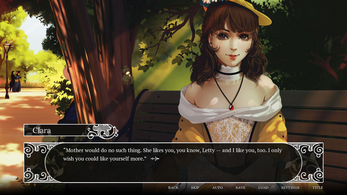 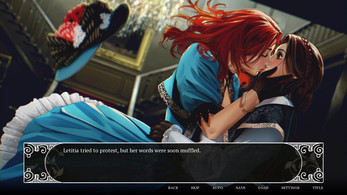 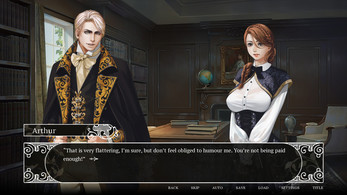 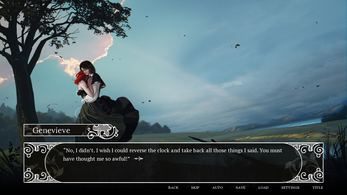