Set in England during the mid-19th century, Blackberry Honey is a tale about maids, music, and unexpected romance.

The story begins when our heroine, Lorina Waugh, is fired from her previous position as a maid in the stately home of Hartwell. With a large family back in Liverpool to support and a string of unsavoury comments circulating about her rather sudden dismissal, Lorina’s search for a new place of employment leads her to Bly.

Forced to work for fourteen hours a day, with little chance to rest, Lorina is bullied by the senior maids and, most embarrassingly of all, by the twelve-year-old daughter of the Lennard family, Lady Constance.

One of the only maids who deigns to speak to Lorina is the mysterious Taohua – but Lorina wishes she wouldn’t. Despite her lowly status, Taohua has her own private bedroom, never goes to church with the rest of the servants, and rarely interacts with anybody. Her aloof, almost cat-like personality, coupled with her peculiar complexion, eyes, and name, have inspired more than a few rumours around the Shropshire countryside that she might be a witch.

Lorina knows she should keep her distance from Taohua, and she wants to most desperately… but maybe there’s a pinch of truth to all the rumours, because she soon finds herself under the older woman’s spell.

The  uncensored adult patch can be downloaded for free here and the censored patch (for the Japanese translation) can be downloaded here.
If you want to patch the all ages version of the game, download this file, drop it into the 'game' folder inside Blackberry Honey, and rewrite the existing adult.rpa file with the new one. You'll know if the game has been patched correctly because the window title will change to Blackberry Honey (18+).
Please note: the uncensored 18+ patch is not compatible with the Japanese language version of the game.

This was an AMAZING story and an absolute thrill to read!  I'm psyched as hell to buy and binge read more of ebi-hime's VNs!  Thanks for releasing such a touching, heartwarming & emotional VN!

Thank you very much! I'm glad you enjoyed it! <3

Is there any chance for a spin-off in which Constance gets a redemption arc? ;-)

I won't lie, I sat through the entire story, I got so pulled in that I didn't even move. I got so obsessed with the characters and fell in love so quickly. This was wonderful, the story was so touching and heartwarming, I loved every second of this and I thank you so much for the emotions that this brought!! I cried so much, my poor lesbian heart. This is truly a gem in my eyes <3, I'm so glad that this vn is here.

I love this soo much, I can't stop thinking about it. This was a ride of emotions. It literally became my favorite story ever. Thank you so much for making this!

Thank you so much! I'm really glad you enjoyed Blackberry Honey; your kind comments are appreciated! <3

This was one of the best stories that I have read, explicitly it because it is a type of story that I love, about two girls that fall in love. I really love that stuff, all though I did get pissed of several times because there wasn't enough details about what happened with some interactions, like the one with Constance, when she was sick and threw the bowl of portage, it drove me insane not knowing what happened afterwards. Then there was the time that Constance took me by surprise by doing you know what with Lorina to see if she'd recoil, but she didn't (at least from what it seemed Lorina didn't recoil), but you didn't give more details of what happened in the room immediately after it happened, out off all the other interactions that didn't have a decisive end, this one pissed me off the most because I really want to know what happened between Constance and Lorina then, after all it seemed to have shocked Lorina quite a bit. Also, I really would love there to be another game that continues this story, after all this story has given me major inspiration to make a story based off of this, although if I did make a story based off this I probably would go overkill like usual and make it outrageously long, I probably would double and possibly triple the amount of words in this. After all, I love details and I am not scared to do an overkill job on useless details that you would never actually care about, after all if you read one of my prices of works you probably understand that I am quite overkill, like this review/comment is overkill. I just love this story. Also, I found this story on the Xbox One, I bought it there, but I am thinking about buying it again to have it on my computer. I really feel like this story could do very well as an animated story, just add a lot more details and you could make an entire animated series on this, I really feel that the story would come across much better with it being animated with a lot more details. Or just a lot more details, either way it would be good.

Also, sorry that this was quite long for a comment. I really wanted to give some good feedback on this game, after all I am truly in fatuated with things like Yuri/GL/BL/Lesbian/Gay basically content about the same sex being in love with each other, in fact that is what drove me to get this game, after I read that it was a lesbian love story I bought it without thinking about it and my decision was a very good one, as I loved it so much.

After losing her previous workplace, Lorina Waugh happens to find a new job at a small estate of Bly, as a housemaid.

What is particularly valuable about this game is the storytelling. Ebi-hime’s narration is presented very delicately with a slow-paced flow of the story, resulting as a relaxing form of reading.

You can read more about it in my review (https://gyepitypes.wordpress.com/2020/09/04/videogame-reviews-blackberry-honey/)

This was a really great read, I remember not really caring about much in the beginning but very soon after I found myself sooo invested in everything!!! Thank you so much and everyone who worked on this!

Thank you very much! I'm glad you enjoyed the story! ♥

Hey. Just had to come back here after I finished the game to let you know, I loved it!!! Looking forward to more from you! Honestly wish there were more games like this!!!

Oh, thank you very much! I'm glad you enjoyed your time spent with Blackberry Honey! ♥

Just purchased the game and tried to run it on Linux. I get this error:

Could not import renpy.bootstrap. Please ensure you decompressed Ren'Py

Deleting lib/linux-x86_64/lib in the game directory fixes it.

who did the art if you don't mind me asking?

The main artist is Oxykoma, but afaik they haven't posted anything online in years.

Thanks for your help :)

I'd love to get into the game as well but I keep getting this. Any idea of what I'm doing wrong?

Maybe something in this thread will help?
https://lemmasoft.renai.us/forums/viewtopic.php?t=44557
The issue might be that you've put the game in a folder called "save 'em", and the apostrophe is interfering with the game launching. That, or it could be related to your antivirus software.

I re-downloaded the files needing to be extracted to a normal folder with no special characters in the name. I don't have anti virus software on this PC, so thats not stopping me. What am I supposed to be doing after extraction to get the game to play? I'm using Windows OS 10.

You click the application file called 'Blackberry Honey' and it should launch.

this is so so unique and underrated, thank you for your work

I've just run into this game a few days ago on my search.

Bought the game, and  downloaded it... but I can't seem to play the game somehow. (Noted that I'm running the game on a Mac, and I've cleared through the "running the application from an unidentified developer" thingy.)

Every time I click onto the game, it never showed up, and there appeared to not be any sort of notification about the application not being able to run.

Just a problem I've been trying to figure out a little while now.

There's a chance it might be your antivirus software flagging it as a virus and not letting the game launch. You can check out whatever antivirus software you use and set the game to an exception and see if that works.
If not, please send me a message at ebihimes@gmail.com.

bit defender is picking half the files up as malicious. when I looked it up, it seems it does not like whatever software the game runs on. It deletes so many files the game shows as uninstalled in the itch.io app. Is identified as "atc4.detection"

Antivirus software often flag indie games as having malware/viruses because they haven't been downloaded many times and so are considered untrustworthy. The VN itself is perfectly fine. The best thing to do would be to mark the game as an exception in your antivirus program so you can play it. If you don't want to do that then e-mail me privately at ebihimes@gmail.com so we can sort something out.

i got this through denpa, theres an error, during the scene where taohua and lori are making love after lori has gotten constance's doll out of the rain, i get an IO error"Couldn't find file 'tao naked/Tao_nude_b_expr2-copy.png'". the patch from this site does not help

The error has been fixed. Don't try and patch the adult scene with the new adult.rpa because the game won't recognise the file has been changed - you need to download the adult version on Denpasoft again. Sorry for causing you problems!

You need to delete the old folder of the game first. Don't download a new version and then overwrite the old files with the new ones - that has the same effect as downloading the new adult patch and trying to paste it on top (it won't work). Make sure all your game files are deleted before you download the new version, so your computer doesn't prompt you to overwrite files when you extract the update.

i've tried doing this, but the error persists. the only thing i didnt delete before reinstalling were my save files, because i didnt know where their located

You can try looking for your persistent data in this folder:
Eromeidos-1467738994
which will be on your PC somewhere.
There should be a file in here called 'persistent'. Delete it, then try and see if the scene works. 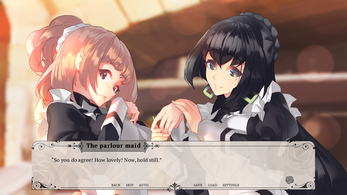 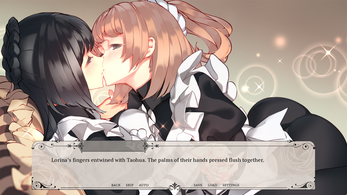 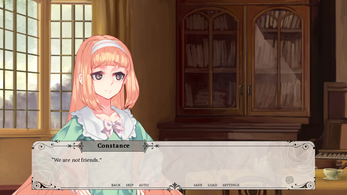 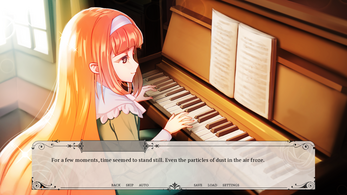 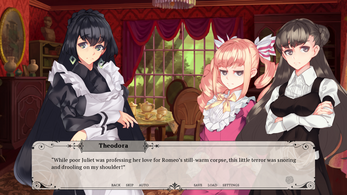 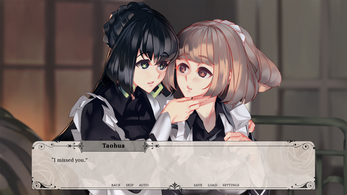 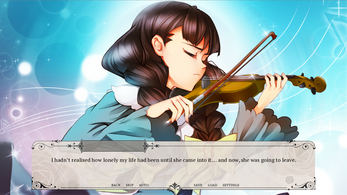 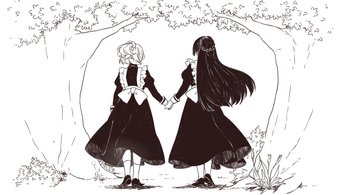